The Dictionary of Church of Performance

C: Civil Disobedience. "Disobey if you must, but for heaven's sake, behave yourself woman!"
H: Habit. A long, loose garment, worn by a member of a religious order or congregation.
U: Uterus (, mouth of). "A [wo]man is not defiled by what enters [her] mouth, but by what comes out of it" (Matthew, 15:11).
R: Ritual. Turner’s discourse on the "liminal phenomenon" manifests itself in the performing
of rituals, in which one leaves the ordinary structures and enters into a marginal
experience (1977).
C: Cixous, Helene. "Feminism has developed a political language about gender that refuses the fixed and transhistorical definitions of masculinity and femininity in the dominant culture".
H: Holy Spirit. In Christianity the third person of the Trinity; God as spiritually active in the world.

P: Patriarchy (, Fuck the).
E: Eve; eating. Satan, "the eternal rebel, the first freethinker and emancipator of worlds" persuades Eve to taste the fruit of knowledge (Bakunin).
R: Recce (, doing a). Scouting an area or venue for future action or performance
F: Freegan. Cruelty-free, cpitalism subverting, resourceful avoidance of exchange economics.
O: Odour of Sanctity. A specific scent (often compared to flowers) that emanates from the bodies of saints, especially from the wounds of stigmata.
R: Romance. An airborne STI. Symptoms include increased sensibility to sight, sound and taste; decreased vulnerability to sleep deprivation and the elements, which in extreme cases can precipitate a complete re-evaluation of priorities.
M: Mary. "With thy tears of blood, o sorrowful mother, destroy the rule of Satan".
A: Apocalypse (gr.: apokaluptein - uncover, reveal) A revelation of all that has been suppressed and invisible, a rupture that shows things as they really are, forcing us to confront what we have been doing all along.
N: Nature; nude; naked. See also S.I.N = Satan In Nature = woman
C: "Carnality is sleeping // While holiness is weeping".
E: Enterprise. People who get up early in the morning cause poverty, pollution and genocide. 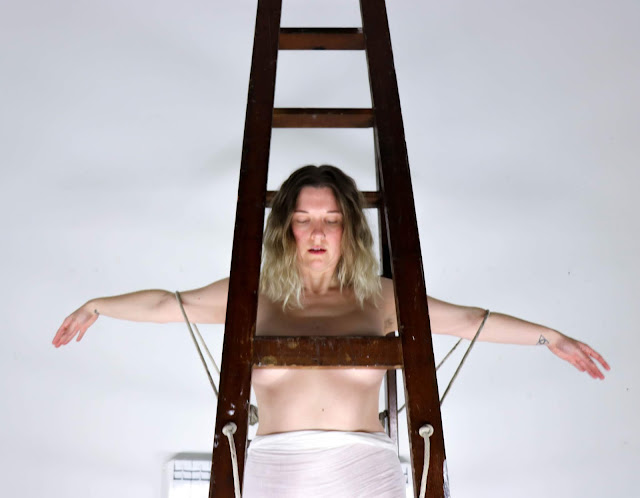